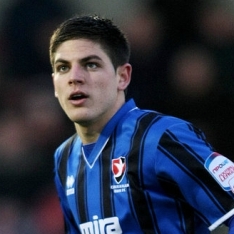 Danny Andrew came through the youth-ranks at Peterborough United and made his professional debut against Blackpool in the Championship. Now part of fast-rising Fleetwood Town (via spells at Cambridge, Macclesfield and Cheltenham) Andrew is a young, ambitious player who is enjoying life as a professional footballer…

After coming through the youth ranks at Peterborough United, how did it feel to finally make your debut (against Blackpool)?
One of the best moments I have had in my career – being able to play in the Championship for my local professional team was a great feeling for me and for my family.

How did the move to Fleetwood materialise?
At the end of last season I found out Fleetwood were interested, then after that, it happened pretty fast and I was delighted to get another chance in the Football League.

Fleetwood are currently mid-table but not far off the play offs in terms of points. Is that a realistic target, despite only being promoted into the division last season?
At the end of the day anything is possible in football. It would be fantastic for the team and club if we got back-to-back promotions in the Football League through the play-offs to be a Championship team next season. Never say never! 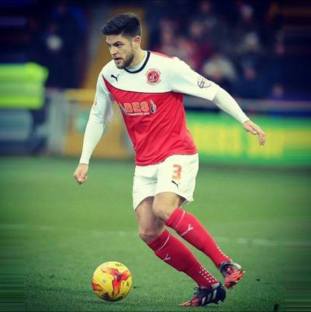 After signing for Cheltenham, you had a cracking first season, so were you disappointed to be released by them?
Yeah of course. It’s not nice to be told you’re not wanted any longer.

What age did you decide you wanted to play professionally?
It’s all I’ve ever wanted to do since I can remember. It takes a lot of hard work and dedication but it’s definitely worth every sacrifice you have to make.

Do you have any pre-match superstitions?
Getting changed; I normally put my socks on right then left and the same with my boots.

What are your short and long term career goals?
I’m injured at the minute so short term is to get back fit as soon as possible, then to get back in the team… Long term is to play as many games as I can at the highest level I can. 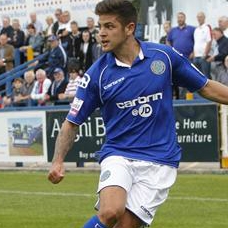 What has been the best moment of your career so far?
It’s got to be getting my first ever professional contract. It was all I ever wanted growing up and to achieve one of your goals that I considered as such a massive achievement growing up, it was a very good feeling.

Who is the best coach you’ve worked under?
It’s hard to just pick out one to be honest. Each coach have their different ways of working and I’ve been lucky enough to have worked with coaches that I have got on well with.

Finally, do you have any major regrets?
No I haven’t got any regrets. I’m living my dream being able to play football for a living, so I have to appreciate every single day I go to work doing a job I love.